LITTLE ROCK, Ark. — Southwest Power Pool (SPP) announced on Jan. 30 two new officers will join its senior leadership team. At the recommendation of president and CEO-elect Barbara Sugg and COO Lanny Nickell, the SPP board of directors has elected Sam Ellis to serve as vice president of IT and chief information security officer (CISO) and Antoine Lucas to serve as vice president of engineering effective Feb.1.

In his new role as vice president of IT and CISO, Ellis will oversee technology development and deployment, monitoring, support and cybersecurity for SPP and its members and will be responsible for establishing IT strategy and policies.

“I’m humbled to be chosen to lead the SPP IT organization,” Ellis said. “I will work hard to ensure that SPP finds new ways of leveraging technology to affordably support our mission and strategy while maintaining the reliability of IT systems that our stakeholders depend on.”

“I am excited for the opportunity to serve SPP and its stakeholders in this new role. I look forward to collaborating with SPP’s exceptional staff and stakeholders to add value to our organization as we take on the prospects of the future,” Lucas said.

Ellis was formerly SPP’s director of cybersecurity and controls and will assume oversight of the organization’s IT department from Barbara Sugg who was named SPP’s president and CEO-elect earlier this month. Lucas, formerly the director of transmission planning, will fill the vacancy left by Lanny Nickell’s Jan. 28 election to the role of chief operations officer.

“Some of SPP’s greatest opportunities for advancement will depend on our ability to build and manage relationships with our stakeholders and to innovate. Both Sam and Antoine are exactly the kind of people we need leading us into the future,” Sugg said.

“I’ve had the privilege of working directly with Sam and Antoine over much of their careers at SPP. I’m very proud of how they have developed into strong leaders who excel at relationship-building, communications, innovation and developing others. They will be tremendous additions to SPP’s executive team,” Nickell said.

Ellis served as SPP’s director of cybersecurity and controls since 2017, prior to which he served as director of systems operations, director of market administration and manager of market operations. Ellis joined SPP in 2003 and has 26 years of industry experience in transmission and generation operations and electricity and natural gas trading. He holds a bachelor’s degree in accounting from Missouri Southern State University.

Lucas has 18 years of experience in the electric power industry where he has served in various engineering and management roles. He has worked at SPP for 13 years. Prior to joining SPP, Lucas worked in real-time system operations for Entergy Services, Inc. in roles as an engineer and system operator. Lucas earned a master’s degree in business administration from the University of Arkansas-Little Rock and a bachelor’s degree in industrial engineering from Louisiana Tech University.

About SPP:  Southwest Power Pool, Inc. is a regional transmission organization: a nonprofit corporation mandated by the Federal Energy Regulatory Commission to ensure reliable supplies of power, adequate transmission infrastructure and competitive wholesale electricity prices on behalf of its members. SPP manages the electric grid across 17 central and western U.S. states and provides energy services on a contract basis to customers in both the Eastern and Western Interconnections. The company’s headquarters are in Little Rock, Arkansas. Learn more at SPP.org. 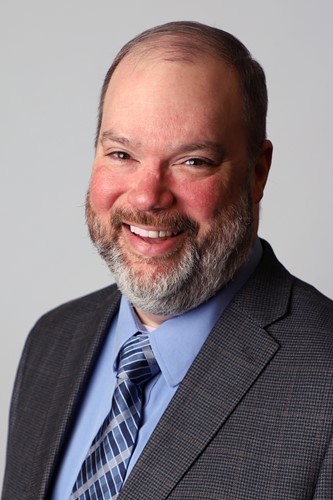